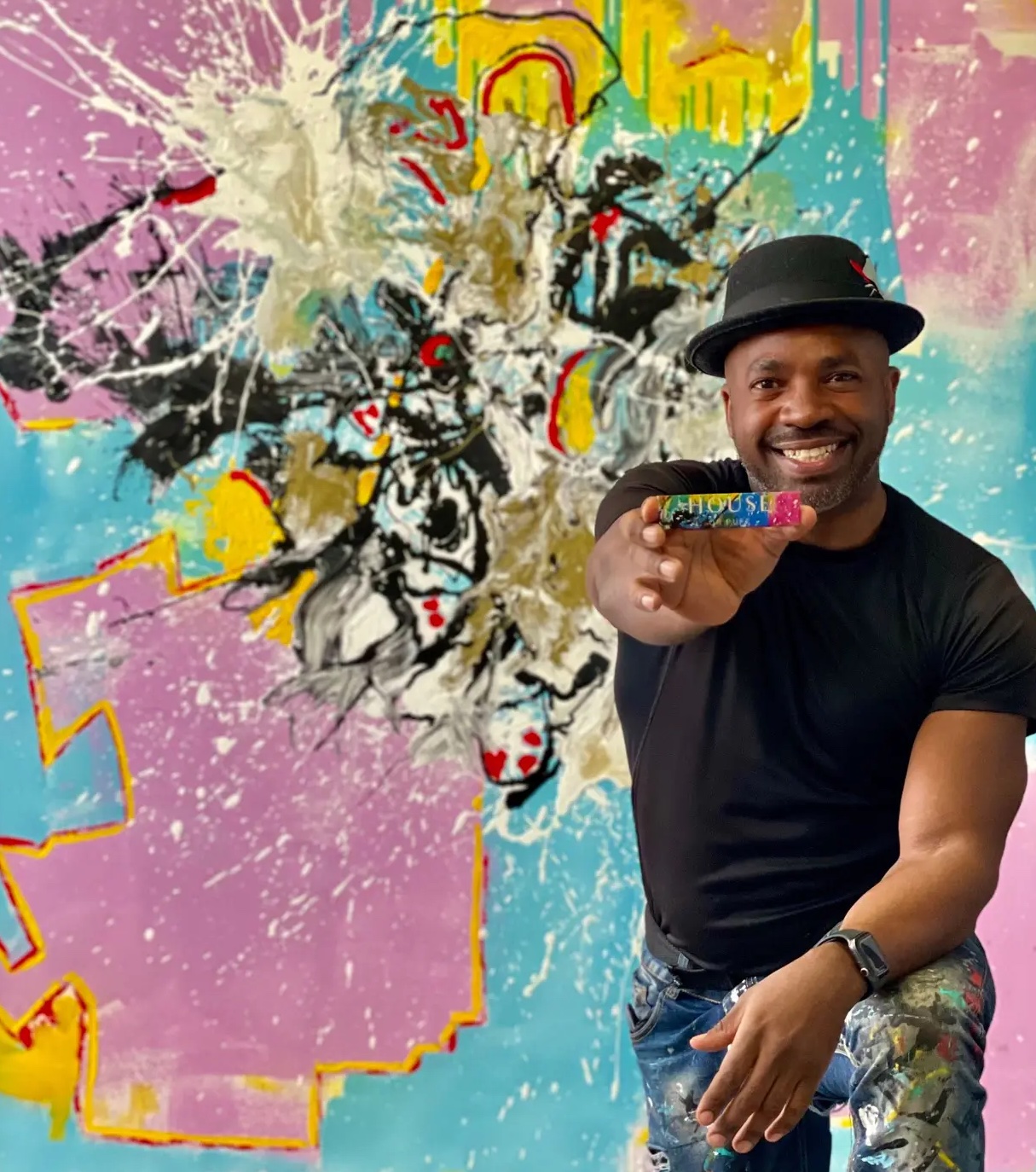 House of Puff’s new collaboration and exhibition with the author, social justice advocate and artist, Chris Wilson is opening on May 12 in New York City.

This exhibition will feature Wilson’s powerful painting, “Positive Delusions,” which memorializes the process he used to survive solitary confinement while in prison for 16 years. The painting is part of Wilson's “I Can Show You the Way Out,” new abstract paintings. The exhibition, which is free, is being held at Etain's flagship dispensary at 242 E. 58th St. until June 10.

House of Puff’s Chris Wilson Collection Rolling Papers will also be available in New York exclusively at all Etain locations and online via House of Puff. A percentage of the rolling papers and artwork proceeds will be donated to Solitary Watch, which investigates, documents and disseminates information about the widespread use of solitary confinement in U.S. prisons and jails.

The horror of solitary confinement was broadly exposed when Kalief Browder, arrested at 16 for allegedly stealing a backpack though never tried or convicted, spent three years at notorious Rikers Island - 17 months in solitary confinement. Two years after his release, he hanged himself at his parents' home.

Wilson's Experience
Wilson, arrested at 17, convicted of a crime and sentenced life in prison, eventually wrote “The Master Plan: My Journey from a Life in Prison to a Life of Purpose,” while in isolation. Moved by Wilson's transformation, a judge released Wilson after he'd served 16 years.

Wilson says he believes in the power of art to drive change and motivate others. He is outspoken against solitary confinement.

“This partnership is really meaningful to me. House of Puff is not afraid of the hard conversations, and they put their money where their mouth is by leveraging their platform to create change. This is an opportunity for all of us to amplify something that should be front and center in the cannabis industry: that incarcerated people, especially those with drug charges, paid the biggest price on the path to legalization, and they deserve to reap the benefits,” Wilson said. “We want to end solitary confinement in the United States. I hope 'Positive Delusions' and the story behind it inspires viewers to help us in that fight.”

“Community, advocacy and education are at the center of the cannabis industry, especially at Etain and here in New York. This collaboration with Chris Wilson and House of Puff really embodies all of these elements and ties them together in an eloquent way,” Hillary Peckham, COO of Etain told Benzinga. Etain was recently acquired by Riv Capital (CSE: RIV)

House of Puff’s Artist Series brings art to the public through the accessible medium of rolling papers. 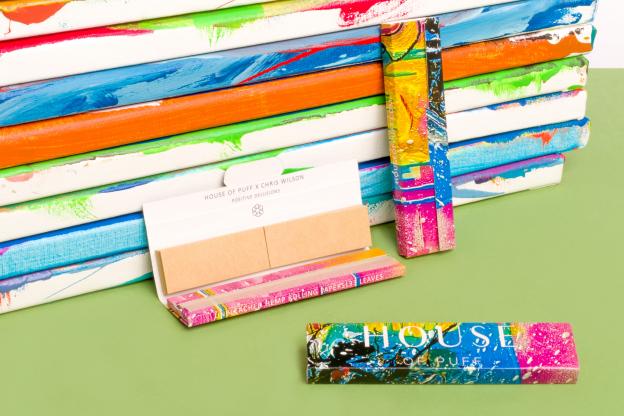 “House of Puff’s cannabis products are rooted in the power of art to change culture. As cannabis becomes mainstream, we’re committed to working with artists and organizations who lift up the communities most adversely affected by the War on Drugs—that includes amplifying the stories of the many individuals who’ve entered the prison industrial complex due to cannabis-related charges,” said Kristina Lopez Adduci, founder of House of Puff.